Would you pay €140 for a Yoga Mat? We have tried the Liforme Yoga Mat and we answer.

In my long years relationship with yoga, I’ve practiced on all sorts of mats: half-a-millimeter thick travel ones, cork ones, cheap and stinky gym ones, and PVC ones. You name it, I’ve Downward-Dogged on it.

Clearly, I’m not terribly picky about my mats. I have only two requirements: It must have a bit of grip and some cushioning

The distinctive-looking Liforme mat has just completed its first year of sales, backed by a zero-cost marketing campaign that asks yoga teachers (among them some well-known ones such as Kino MacGregor, Dharma Mitra, Swami Dharam Ji and beachyogagirl Kerri Verna) to Instagram their handstands and backbends on the mat.

I spoke to many teachers and practitioners, and road-tested the mat myself. The overall verdict is a good one – it’s unbelievably sticky, has excellent eco-credentials, and has helpful (especially to beginners) alignment markers lasered into the mat.

But for all the mat’s unique selling points, there is one glaring feature that might prevent it from being used ubiquitously in yoga studios and living rooms around the country.

At €140, it’s one of the most expensive yoga mats on the market – 25 percent more than what I consider its closest competitor.

Yoga has never required fancy kit (despite what Lululemon would have you believe) and Liforme is asking traditionalists to let go of their belief that it should cost nothing to practice yoga.

But the fact of the matter is people are willing to spend a bomb on yoga. Last year, Americans spent $27 billion on yoga products, an 87 percent increase over the previous five years, according to a Yoga Journal study. It’s likely the UK are not far behind.

‘We charge €140 for the Liforme mat because it’s a fair price tag based on what it costs to make,’ said James Armitage, creator of the mat. ‘We’re quite aware that the (price) is an eyebrow raiser for some people, but we’re confident that as people come to understand the benefits of the mat, they will realize the real value of the price tag. Our mat is substance over style.’

On eco-credientials of the mat, yoga traditionalists will be happy. Ninety percent of the Liforme is made of natural, sustainably-sourced rubber that is bio-degradable. The top surface is a specially-engineered form of polyurethane manufactured by a company who capture and re-use the expensive solvent required in the production of the synthetic material.

It took the former entertainment lawyer six years to develop and perfect the mat, working by all accounts tirelessly amid the travails of product development in a foreign country.

Armitage is passionate about the mat, and really believes in it. He was at pains to describe to me the process by which the alignment lines are lasered into the mat – no potentially toxic inks are used.

It’s those black lines – vertical, horizontal and wavy – that make the Liforme stand out. There’s no doubt about it – the Liforme is distinctive looking and will get you noticed in a yoga studio. The lines are meant to be used as a map to pinpoint where the back foot goes in Virabhadrasana II (warrior 2), the hands in Urdhva Dhanurasana (full wheel), or the toes in Tadasana (mountain pose.) Iyengar yoga students (a precise yoga emphasising held postures and the details of form) will love mapping out their every body part that forms the foundation of a posture.

In the few weeks I’ve road tested the map, I have tried to use the alignment markers, but found them somewhat distracting. I know plenty of yogis that love them, though, but I found the constant checking where my feet and hands were placed pulled me out of the moment and distracted the flow of my practice. I’m at that stage in my yoga where I’m more interested in where the mind is placed, not the body.

On balance, the Liforme has more pros than cons, the price point and life expectancy notwithstanding. It’s easy to roll up, is fairly light, and comes with its own travel bag. And its eco credentials are second to none.

If you take your yoga seriously, and you have disposable income then maybe the Liforme is for you. Just prepare to get noticed. 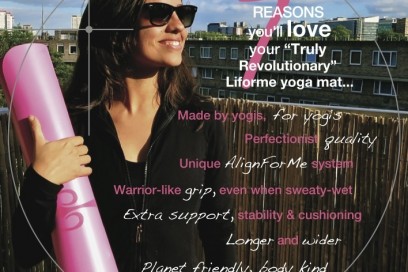 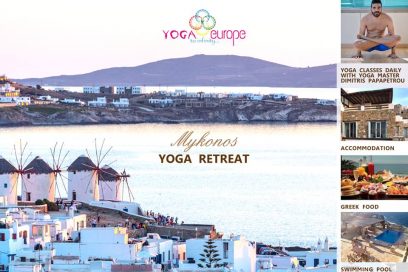